A downloadable game for Windows

NEWS: This game will be releasing on Steam on the 7th of June. Visit the Steam page for more info.

RECENT STEAM UPDATE: Level editor and improved graphics, head over to steam to check it out.

Recently Greenlit on Steam! Impulse: Space Combat is a first person, realistic, action / survival game. In Impulse, physics play a major role in determining which team will be left standing. All movement and shooting, whether by the player or Impulse's ruthless AI pilots, is controlled using physics. When your ship is hit with a projectile you will feel the impact! In survival mode, harvest the asteroid field's metal resource to build your own fleet of fighters and turrets to defend against the next wave!

This game has been recently Greenlit on Steam and will be released on Steam in the coming weeks, all future updates will be available for the Steam version only. However, this version of the game will remain on itch.io for free! This also means that development will pick up again.

All controls are listed in the manual menu, or can be learned by playing the tutorial

Planned Features Roadmap (everything is subject to change):

Currently unknown (I am working on that), but should run great on the average computer. While the graphics are minimalist, significantly increasing the number of asteroids in a small field can definitely cause lag.

Is this game cancelled ? There's no update since 2018 october. Please don't, I want a simple first person space shooter like this.

I can no longer buy this on Steam, you have posted that you want to retire it so there is no check out option. I have purchased it here but I would like a Steam key if possible please to add it to my library. If I pay more is it possible to get one please?

it turns out you haven't set an Australian price on Steam and every game like that is now purchase disabled here.

Will the people that got the game before the greenlight release get a steam key.

Unfortunate no, there is no real way I could facilitate that. The steam version is much more advanced than this demo anyways!

,you add a steam key to the page of owners here like many devs do or have done before.

I'm sure you were just unaware of that.

Keep in mind, all new updates are for the steam version only. Please head to steam and support my game there. I have recently added advanced graphics and a sandbox mode!

Just a reminder to follow me on Twitter for up to date news, development on this game will now resume at a normal pace. https://twitter.com/impulse_sp...

It seems the executable was not found and could not run. Perhaps try reinstalling it into a different directory or just the desktop. Thanks for your interest in my game!

Very cool game. It would be cool if you could build mining drones.

That was actually something I was planning on including as an update, however I have had no time because of school. Thanks for your support!

You have a great game on your hands. It satisfies my need to kill the red team.

I'm so glad you liked it! Also I'm sorry for the weird UI / menu scaling problems (I'll work on fixing that right away). 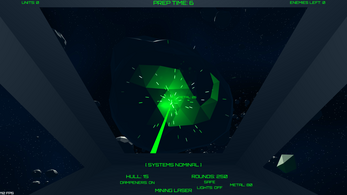 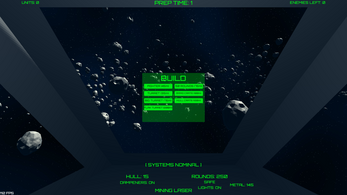 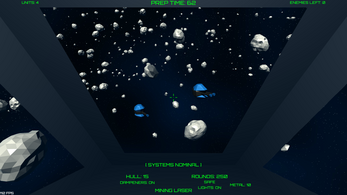